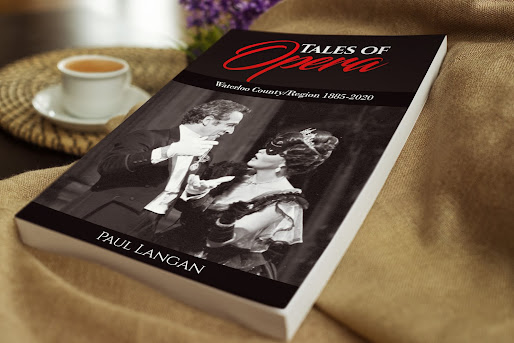 For immediate release…..Cambridge, ON...September 23rd, 2021….  Paul Langan has released a book that captures over 100 years of opera history in the Waterloo Region.

Print copies available exclusively in the Waterloo Region at Wordsworth Books 96, King Street South, Waterloo, ON. It is available worldwide on Amazon and Kobo.

Paul Langan states, “ The rich history of opera in the Waterloo Region over the last century had not been captured before. For local history lovers this is a must to have in your collection. As one reviewer stated, “It is easy to read and informative.” “

For more information on Paul Langan’s books go to: https://www.paullangan.com/p/books.html or contact him through the website or at 226-505-7605

Paul’s next book due out November 7th, 2021 is titled, “Hespeler History - The Authorized Winfield Brewster Collection.”

Some of the Book Chapters include: