TO PURCHASE:
1. You can pick it up from my house use Contact form on this website. Cash only.
2. WORDSWORTH BOOKS in Waterloo carry all Paul Langan books in print.
3. AMAZON Worldwide and Kobo

Most of the book covers the period of  approximately 1830-1915, There are also two historical sections relating to the indigenous people who lived in this area also.

Glen Christie was located north of Hespeler where the Highway 24 bends south of Kosseth Rd. With contributions by historian Marjorie Clark 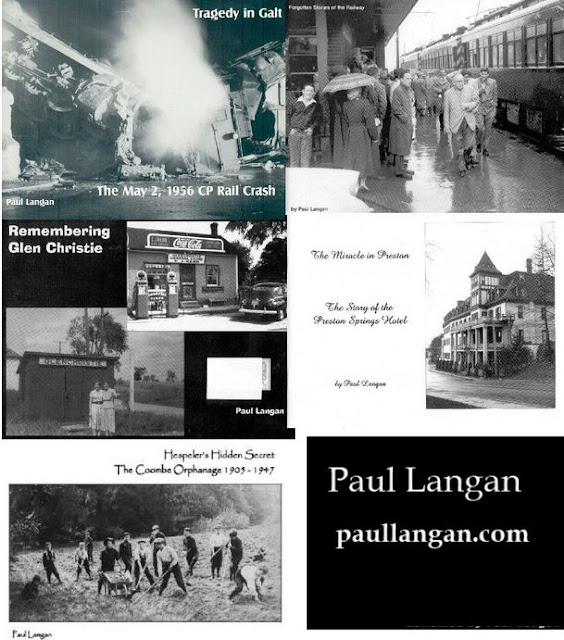 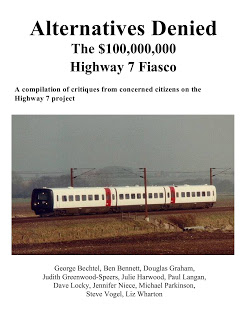 Alternatives Denied - The $100,000,000 Highway 7 Fiasco
(2000 Compilation)
The provincial government announced recently they would move forward with the plan to build a new Highway #7 between Kitchener and Guelph.  A group of concerned citizens put together a book in 2000 about the fiasco. The project was stopped for two decades.
It is free to read and download this piece of historical community activism.  Here is the LINK to view or FREE download.

Enjoy this film from the early 1900's showing the R Forbes Mill on Queen Street West. In 1874 Robert Forbes of Scotland purchased the Randall, Farr & Co. Woollen Mill on Queen St. West in Hespeler. The company was incorporated in 1888 as R. Forbes & Co. Ltd. with Robert's sons George and James serving as president and company director respectively. In 1895 with the passing of Robert and James, George took over full operation of the company building it into the largest textile mill in the British Commonwealth. George continued to lead the company until 1928 when it was sold to the Dominion Woollens and Worsteds Co. Ltd. Dominion Woollens and Worsteds Ltd. came into Hespeler in 1928 when the company purchased the R. Forbes Company Ltd. mill at what is now Queen St. West in Cambridge. The company would operate in Hespeler until 1959 when it went into receivership and was purchased by Silknit. As the largest woollens and worsteds mill in the British colonies at the time, th
Post a Comment
Read more

Preston Spring Hotel Book The Miracle in Preston - Story of Preston Springs Hotel. In 2000 I published this small booklet. At that time the Preston Springs Hotel was bought and considerable renovations were being done. Unfortunately the owners went bankrupt. CLICK HERE to read and download the book.
4 comments
Read more

I found this slide presentation of the station and updated it to a movie. Sad to watch in some ways. From a historical prospective it is priceless.
Post a Comment
Read more